One of the most important goals of our work is to develop a more accurate absolute chronology within the thousand-year-long period of the Hungarian Middle Bronze Age (2500-1500 BC) with the help of new AMS 14C dates. In relation to an international conference held between 12th-15th June 2017 in Křtiny, Czech Republic, in this article we give an overview on the formation of the current Central European Bronze Age chronology and focus on issues that Bronze Age researchers had to face in recent decades. 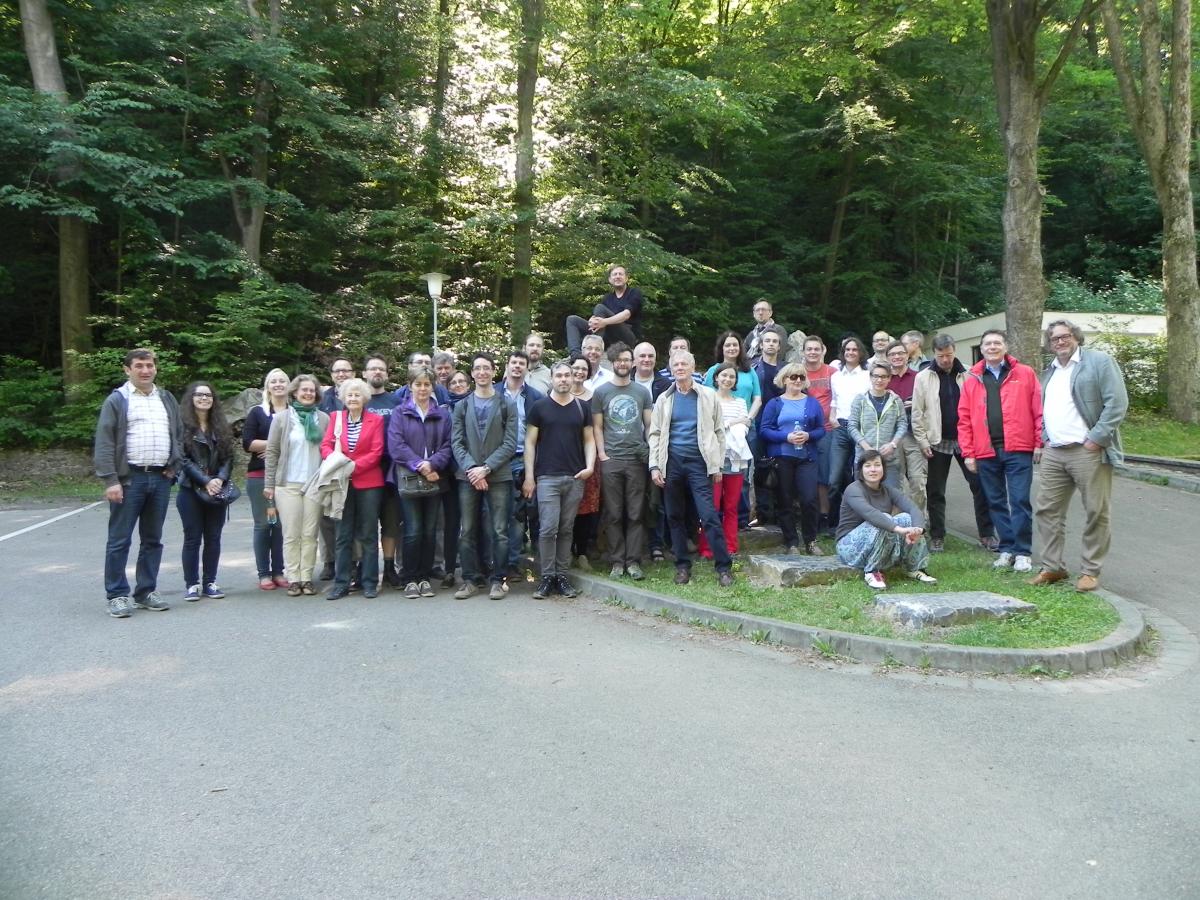 The basic relative chronological system of the Central European Bronze Age was established by Paul Reinecke (1872–1958). His study was published 115 years ago, in 1902. Based on the typological evaluation of bronze artefacts, he divided the Bronze Age into four main phases: Bronzezeit (Br) A-D Period, supplemented by two additional phases (Hallstatt A-B Period) (Reinecke 1902). The system was later revised and further elaborated. Walter Ruckdeschel gave a more detailed division of the Early Bronze Age (Reinecke Br A1-A2 Period), based on the typochronology of pin types found in the territory of present-day Germany (Ruckdeschel 1979). 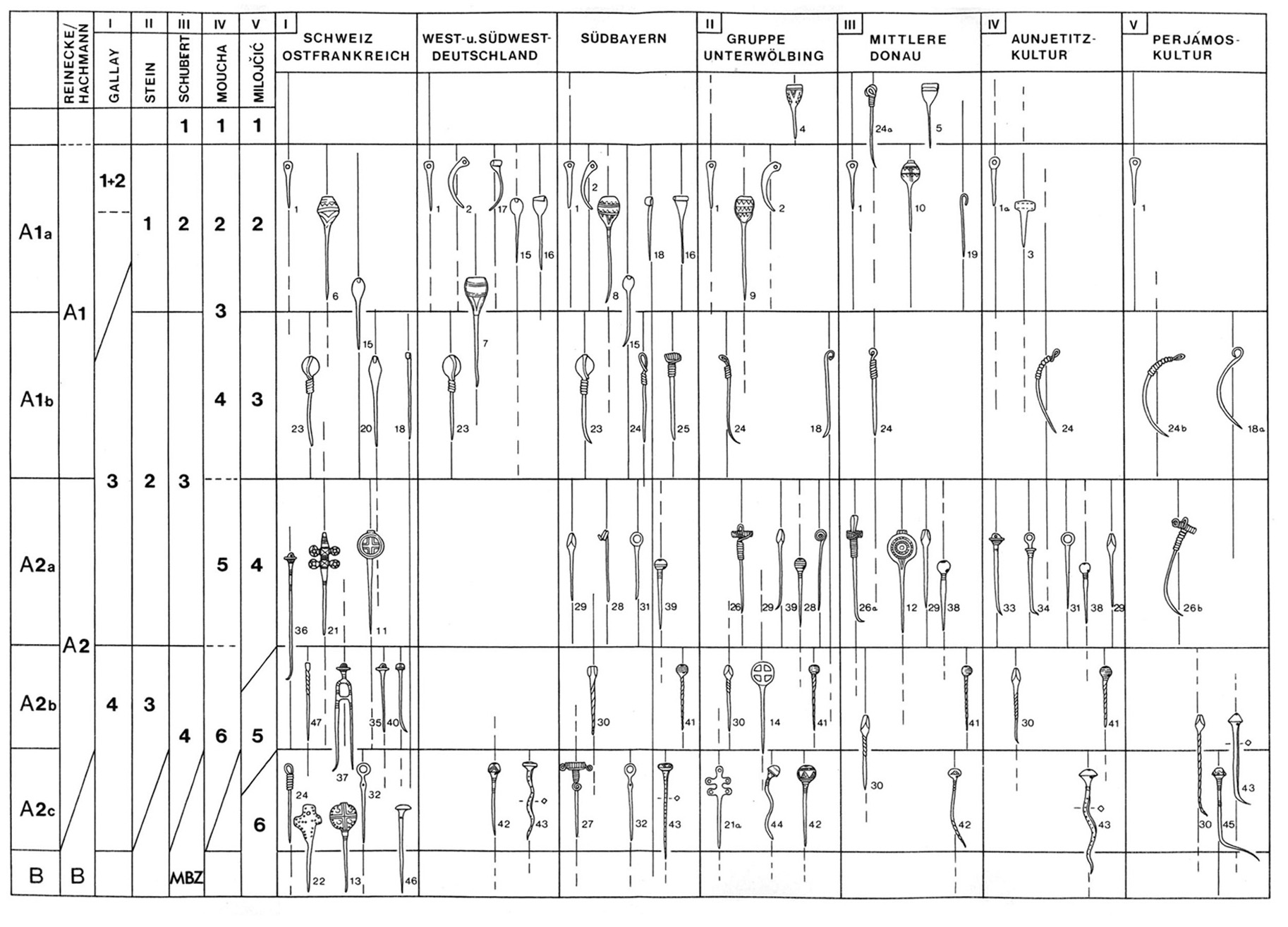 Due to many further refinements and additions, the chronological system developed by Paul Reinecke has evolved over the last decades. As part of this, for example, François Bertemes and Volker Heyd proposed the introduction of A0 Period preceding the original A1 Period (Bertemes-Heyd 2002).

What about the Carpathian Basin?

The sequence established by Reinecke played a significant role in terms of the Bronze Age chronology in Hungary, as Amália Mozsolics has adapted it to develop her own system for the Hungarian Early and Middle Bronze Age (Mozsolics 1967). Slightly earlier however, Ferenc Tompa based the Hungarian Bronze Age chronology on the stratigraphy of a characteristic multilayer tell-settlement, called Laposhalom near Tószeg (Tompa 1936). 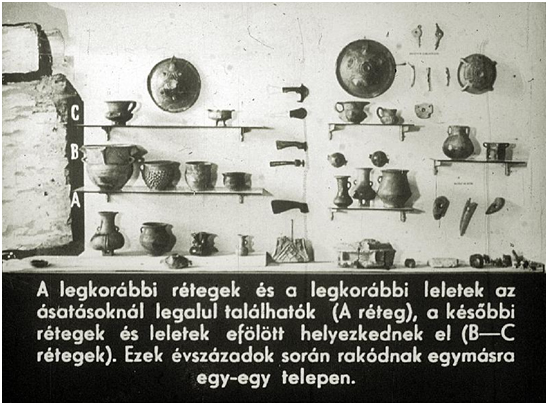 During the elaboration of the Hungarian Early and Middle Bronze Age chronology that is commonly used even nowadays, István Bóna relied only little on the above-mentioned Central European chronological system. He considered the close relations of the Carpathian Basin to Southeast Europe and the Balkans as well as the timeline suggested by the layers of the tell-settlements to be more important. He briefly and unequivocally commented on Reinecke’s chronology:

Later, in the 1980s, Nándor Kalicz and Rózsa Kalicz-Schreiber called attention to the occurence of metal objects at the end of the 3rd phase of the Hungarian Early Bronze Age that can be dated to Br A1 Period (Kalicz 1982, 129, Kalicz-Schreiber 1984, 194). For this reason, over the past two decades, it has become necessary to review the parallelization of the Hungarian Bronze Age periodization and the Reinecke chronology used in the neighbouring countries (Kulcsár–V. Szabó 1997, 154; Kiss 2002; Kiss et al. 2015; P. Fischl et al. 2015). 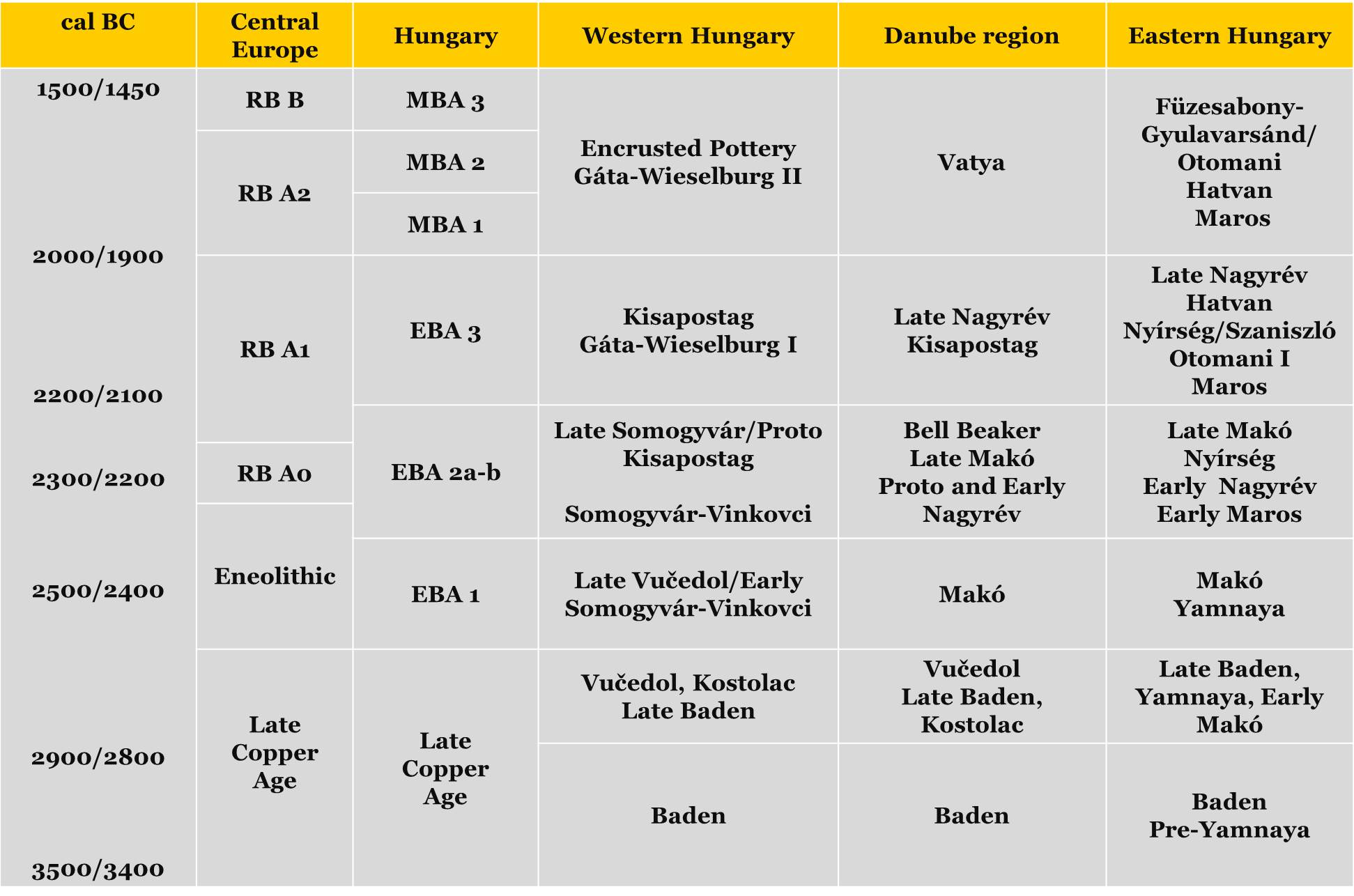 The recent summary of the Hungarian results of the era’s research (P. Fischl et al. 2015, Fig 1)

Even the earliest works tried to place Bronze Age on the absolute time scale: the beginning of the era was set to 2000 BC, while its end was placed around 900 BC (Tompa 1936). Contemporaneous dating difficulties, however, are well reflected by the thoughts of Amália Mozsolics:

“We have to admit that we do not have accurate data on which we can offer – so popular – exact dates to museum visitors. (…) Hungarian researchers generally preserve in the opinion that Bronze Age started in 2000 BC. These numbers can only be classified as estimates and not as irreducible scientific data. “(Mozsolics 1943, 11)

In the 1980s and 1990s, the gradually increasing number of 14C and dendrochronological data enabled archaeologist to more accurately place Reinecke’s relative chronological system on the absolute time scale. The classical Aunjetitz period (Reinecke Br A2) could be dated around 1950-1900 BC on the basis of the radiocarbon dating of wooden remains from the Early Bronze Age princely grave of Leubingen, while the tree ring dating of the same samples resulted exactly in 1942 BC (Meller 2014, Abb. 18). 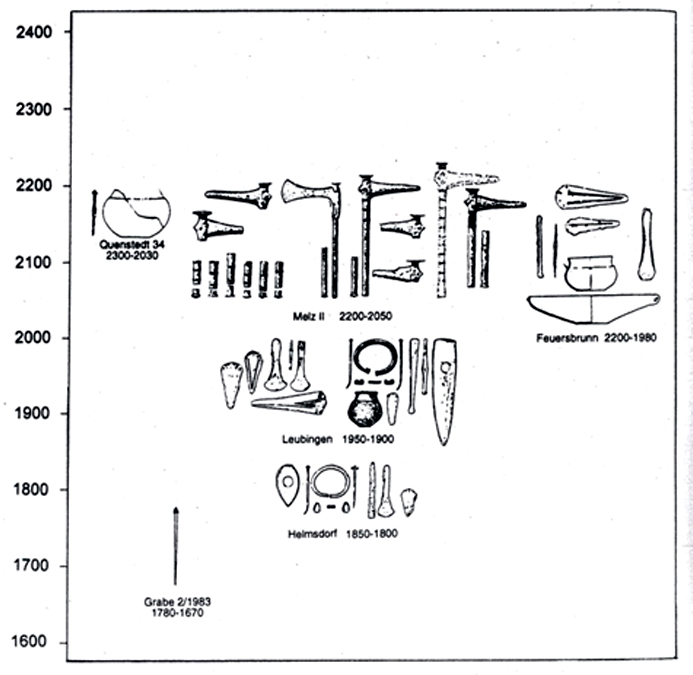 In 2015, however, Philipp Stockhammer and colleagues suggested rewriting the absolute dating of the Reinecke chronology after re-dating the Singen cemetery and by adding a hundred of new AMS radiocarbon data from Southeast Germany. According to their opinion, the Br A1 Period began in 2150 instead of 2200 BC, while the Br B Period began in 1700 instead of 1600 BC (Stockhammer et al., 2015). 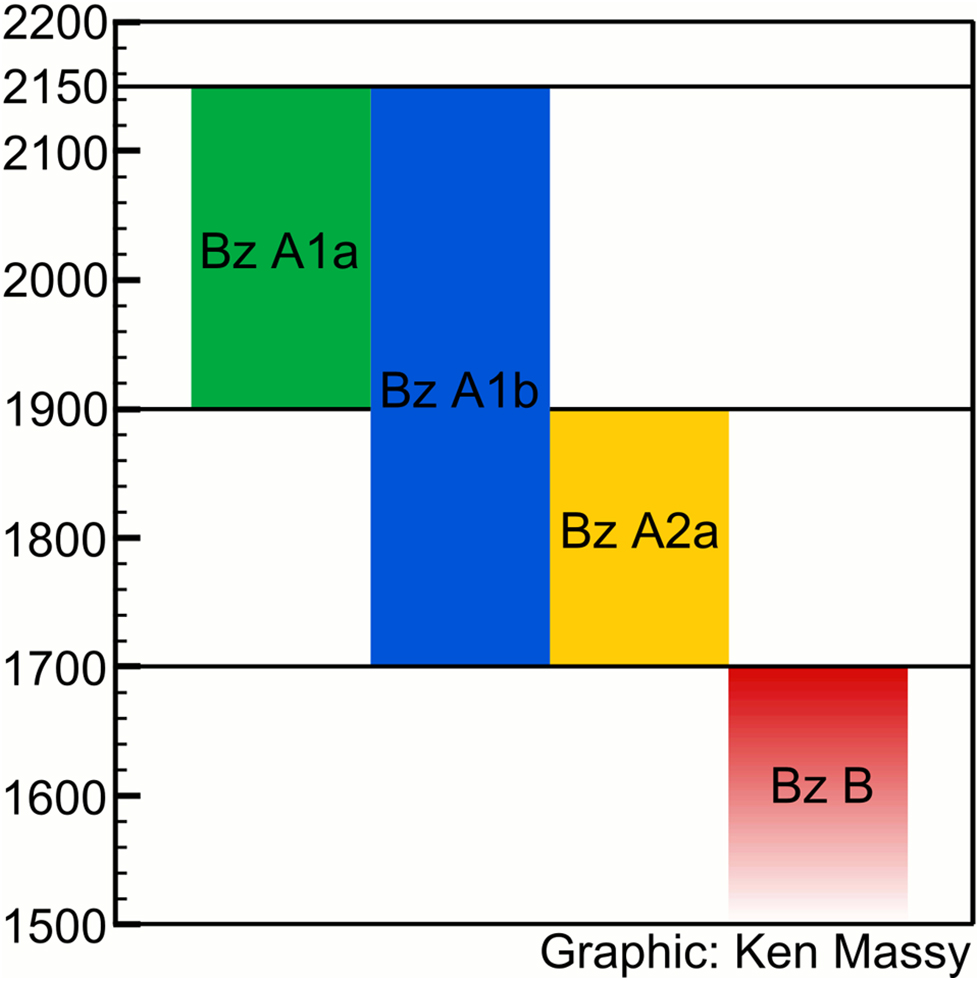 At the conference, our ’Momentum’ Mobility Research Group was able to outline the current possibilities of synchronizing the Central European and Hungarian chronologies through the review of more than 50 new AMS 14C data available.